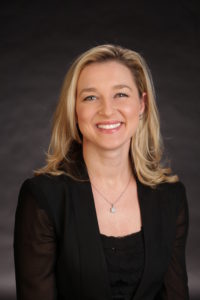 Ana is Managing Director of Business Development at Greater Rochester Enterprise (GRE), where she serves as a liaison between companies, site selectors, and economic development authorities in efforts to grow the regional economy through business retention and attraction. Previously, Ana served the office of New York Governor Andrew Cuomo as an Empire State Fellow and policy analyst and advisor primarily in economic development and arts and tourism. She has also worked in corporate relations at Cornell University, as a consultant to fiscally-distressed municipalities in New York State, and as a news anchor and reporter for the NBC affiliate in New York State’s Southern Tier and for Rochester’s 13WHAM News. Ana holds a B.A. in Journalism from Ithaca College’s Park School of Communications, a Master’s in Public Administration from the University of Pennsylvania, and an Advanced Certificate in Innovation Management and Technology Transfer from SUNY Empire State College. A Rochester native, Ana attended Pittsford Mendon High School and has local ancestry dating back to the early 19th century.